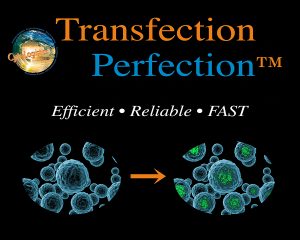 How does it work?

Transfected cells are widely accepted for in vitro research and therapeutic applications.  Use of antibiotics in the transfection process has several shortcomings such as cost, continuous use, slow-acting and harmful effects – even on the transfected cell population.  In addition, selection pressures are often inefficient and fail to provide a population of cells that express the gene of interest (GOI) at high levels.  To validate our new transfection technology, we used three separate GOI’s to select for solely high-expressing transfectants using targeted toxin selection pressure.  This method of selection provides a means of purifying the highest expressing transfected populations using a more cost-effective and time-saving approach.